WILSONVILLE, OR, Jan 5, 2017 – Mentor Graphics Corp. announced the appointment of Martin O’Brien as vice president of the company’s Integrated Electrical Systems Division.  The division primarily supports the automotive and aerospace industries, which are already challenged by the density and variety of electronic content and must now tackle emerging connectivity, electrification and security of the overall system. The division creates software for architecting, designing, manufacturing and maintaining electrical and electronic content for both original equipment manufacturers and their supply chain. 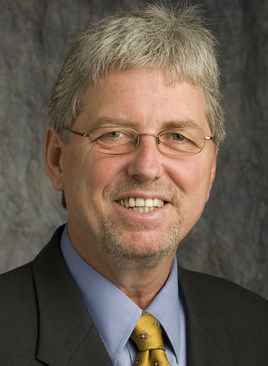 “It has long since been apparent that integrating and interconnecting complex functional systems into modern vehicles must be supported by advanced software that adds automation and creates a data thread that crosses boundaries with 3D and PLM solutions and then onward to suppliers,” said Walden C. Rhines, chairman and CEO, Mentor Graphics. “Mentor Graphics invested in this ahead of the curve and is contributing significantly to multiple markets in this space. Placing this expanded division under a vice president reflects the increased opportunities we are seeing.”

O’Brien, formerly general manager of the division, was recruited in 2001 from Tyco Electronics where he was the global sales director. Prior to that O’Brien worked for Raychem Corp. managing multiple product developments, before moving into product management and then product marketing as director for Asia. O’Brien is based in the UK where he earned a master’s degree in Materials Science from Brunel University.

“Martin has assembled a strong team of rare industry experts, who under his management have established clear leadership for Mentor Graphics electrical systems and harness engineering products,” said Gregory K. Hinckley, president of Mentor Graphics. “The software has been adopted by leading OEMs and Tier 1 companies worldwide, and we have great confidence about Mentor’s continued growth in this business domain.”

Mentor Graphics Corp. is a world leader in electronic hardware and software design and manufacturing solutions, providing products, consulting services and award-winning support for the world’s most successful electronic, semiconductor and systems companies. Established in 1981, the company reported revenues in the last fiscal year of approximately $1.18 billion.