Siemens has updated the software for its high-end motion control system Simotion and, in the new version 4.5, has equipped it with object-oriented programming (OOP) and communication via OPC UA (Open Platform Communications Unified Architecture). Thus, mechanical engineers can now implement large software projects much more efficiently than before and can now access Simotion data in a standardized way, across all automation levels – as far as the cloud. 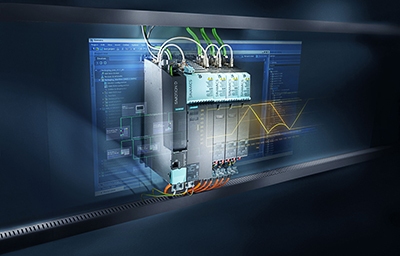 With the new Simotion software v4.5 and the object-oriented programming OOP according to IEC 61131-3 ED3, complex applications can be broken down into manageable object structures to precisely illustrate the structure of a modular machine, for example. Mechanical engineers can thus better standardize and reuse software modules and considerably reduce the programming and testing costs and susceptibility to errors. This allows them to implement large software projects considerably more efficiently than before.

In version 4.5, the Simotion software now supports OPC UA, the standardized communication protocol for the cross-manufacturer exchange of data in automation technology. This allows access across all automation levels to the data of the Simotion Motion Control system – as far as the Cloud. Authentication, authorization and encryption protect the communication. The new OPC UA communication supplements the Profinet communication for such things as real-time applications with Simotion, where both protocols are used on a single cable, without any loss of performance.

Siemens AG (Berlin and Munich) is a global technology powerhouse that has stood for engineering excellence, innovation, quality, reliability and internationality for more than 165 years. The company is active in more than 200 countries, focusing on the areas of electrification, automation and digitalization. Siemens is a supplier of gas and steam turbines for power generation, a provider of power transmission solutions and a pioneer in infrastructure solutions as well as automation, drive and software solutions for industry. The company is also a provider of medical imaging equipment – such as computed tomography and magnetic resonance imaging systems. In fiscal 2015, which ended on September 30, 2015, Siemens generated revenue of €75.6 billion and net income of €7.4 billion. At the end of September 2015, the company had around 348,000 employees worldwide.