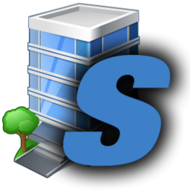 The software responds well to the touch and gestures of mobile devices, and supports fluid copying and pasting between worksheets and 3rd party applications. Operators will appreciate the ability to save and load multiple System Lists, choose connection preferences, and customize the System Tree to optimize the discovery of BACnet devices. A new animation interface allows HTML images from RC-GrafxSet to be used in RC-Studio’s System Groups, which resolves the format wars brought on by iOS devices. An initial offering of HTML Multipoint Animations within RC-GrafxSet significantly improves the creation and modification of dashboards within RC-Studio. Specialty HTML animations for creating tables, linking and annotating Google-like maps, and integrating the analysis Components from RC-Reporter are also included. A Replace Color feature in conjunction with an enhanced color picker makes System Group flood-fill colorization easy within RC-Studio. Rounding out the long list of interface improvements are a Watch service for dynamically tracking object values in RC-Studio’s Program Editor, and a new Syntax Highlighting feature for assigning different colors to comments, strings, functions, and statements within a Program.

Beyond interface improvements, the RC-Studio 3 bolts on a number of powerful, engineering tools, designed specifically to address operational efficiencies, particularly if a user manages a portfolio of BACnet buildings. A new Points Report worksheet allows users to compile a list of filtered objects from anywhere in the system, and save the list as a named report. The Points Report can be recalled at any time for quick reference. A Send Multiple feature allows users to send System Group and Program changes to multiple BACnet devices at the same time, instead of making the same change over and over again.

Lastly, RC-Studio 3 includes the official release of the programming tools required to fully configure the new MACH-ProView LCD building controller. This controller was released in November 2016.