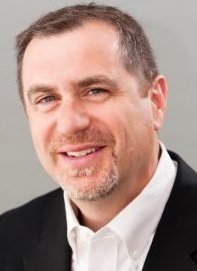 “We are thrilled to welcome David to our leadership team,” said Proto Labs president and CEO, Vicki Holt. “As we continue to evolve our services and technology, David will be critical in advancing Proto Labs’ go-to-market strategy while helping drive global consistency in our American, European, and Japanese offices.”

Fein spent 16 years with California-based semiconductor company, PMC-Sierra. As executive vice president, he helped establish the company’s international sales strategy, which contributed to an annual revenue of more than $500 million.

Following the completion of the sale of PMC-Sierra to a strategic buyer in January 2016, Fein began working with SKTA Innopartners to accelerate core technology startups, an area Proto Labs is well versed in.

“Proto Labs is immersed in innovation — both in the companies it serves, and the automation behind its own manufacturing services,” said Fein. “It’s an exciting business model with an enormous amount of growth potential.”

In October 2016, Proto Labs announced a record quarterly revenue of $78.2 million and now has annual revenues of approximately $300 million. With the company’s continuous expansion of technology and capabilities, Fein will be tasked with further positioning Proto Labs as a strategic manufacturing partner for its customers around the world.

Fein and his family expect to relocate from California to Proto Labs’ global headquarters in Minnesota, as he transitions into his new role as chief revenue officer.

Proto Labs is the world’s fastest digital manufacturing source for custom prototypes and low-volume production parts. The technology-enabled company uses rapid 3D printing, CNC machining, and injection molding processes to produce parts within days. The result is an unprecedented speed-to-market value for designers and engineers and an on-demand resource throughout a product’s life cycle.