FORT WORTH, TX, Jan 2, 2017 – The latest release of Pointwise’s computational fluid dynamics (CFD) mesh generation software has been extended such that its Tcl-based Glyph scripting language can be called from any scripting language including Python. This new Glyph Server feature was motivated by a user’s presentation at the Pointwise User Group Meeting 2016. 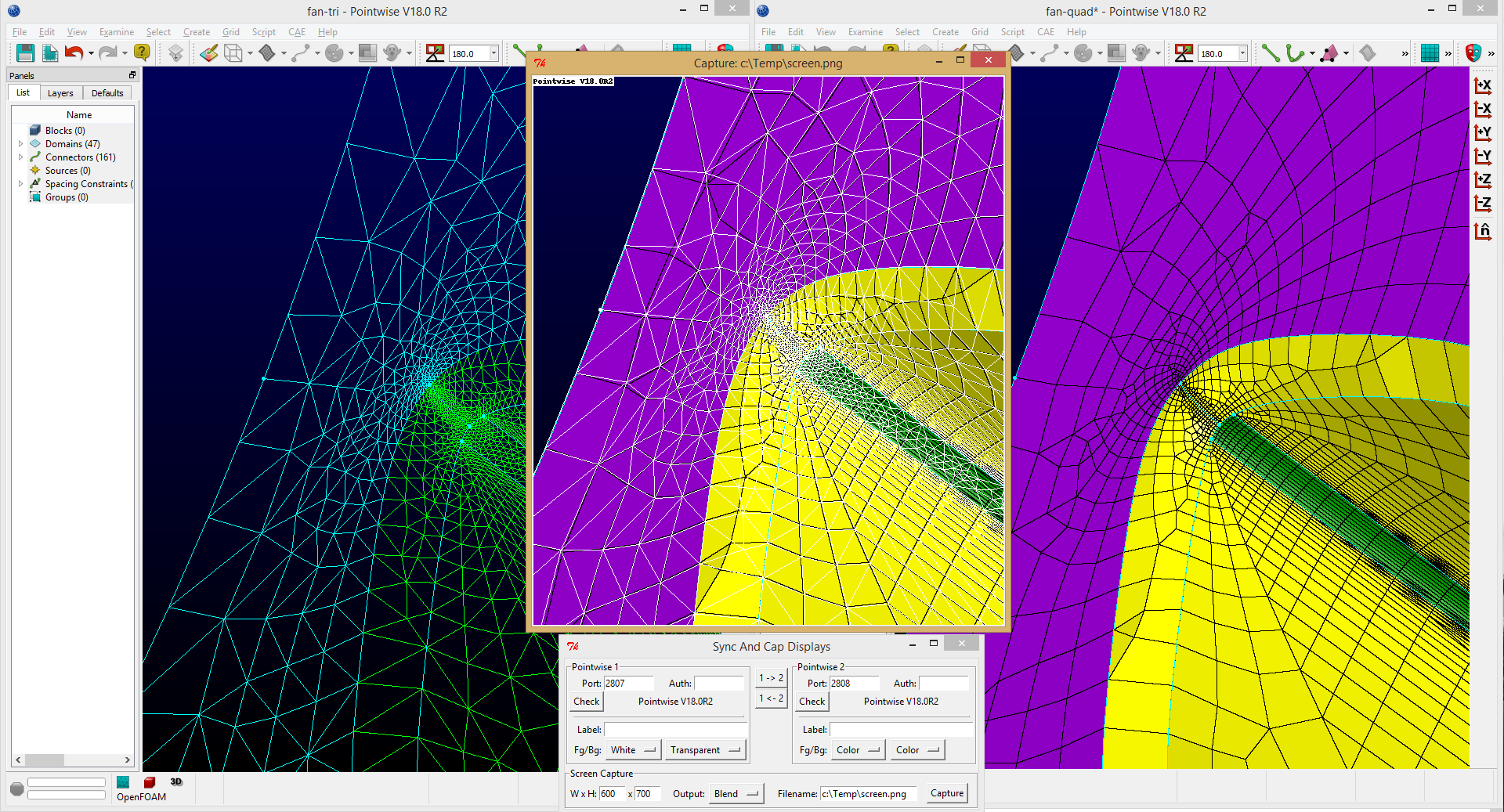 “The Glyph Server idea arose after talking to the customer who presented his work on ‘A Python Binding for the Pointwise Glyph Scripting Language’ at our user group meeting,” said John Chawner, Pointwise’s president. “Not only were we able to share new code with the customer to simplify his work but the conversation made us realize how to make Glyph callable from any scripting language.”

The new Glyph Server feature lets users execute scripts from within Pointwise written in the scripting language of their choice such as Python, Perl, Lua, and more. The only other required component is the Glyph client code for each language. Pointwise has shared the Glyph clients for Python and Perl on the Pointwise Glyph Script Exchange hosted on GitHub. The former was also made available on the Python Package Index. With this new capability, users can write scripts in the language with which they are most comfortable, make full use of all built-in and third party tools that come with that language, easily interface with all the other scripts their organization has written in that language, and all while customizing and automating mesh generation in Pointwise.

By extending Pointwise’s Glyph scripting language to a client-server model, scripts can also perform functions not previously possible. As an example, users will find on the Glyph Script Exchange a Python script with a Tk interface that synchronizes the 3D view of the mesh in two separate Pointwise instances and creates a composite image of the two thereby enabling direct visual comparison of two meshes. Although just a demonstration, this script offers a glimpse of what is now possible.

Pointwise, Inc. is solving the top problem facing computational fluid dynamics (CFD) today – reliably generating high-fidelity meshes. The company’s Pointwise software generates structured, unstructured and hybrid meshes; interfaces with CFD solvers such as ANSYS FLUENT, STAR-CCM+, OpenFOAM, and SU2 as well as many neutral formats, such as CGNS; runs on Windows, Linux, and Mac, and has a scripting language, Glyph, that can automate CFD meshing. Large manufacturing firms and research organizations worldwide have relied on Pointwise as their complete CFD preprocessing solution since 1994.

More information about Pointwise is available at www.pointwise.com.