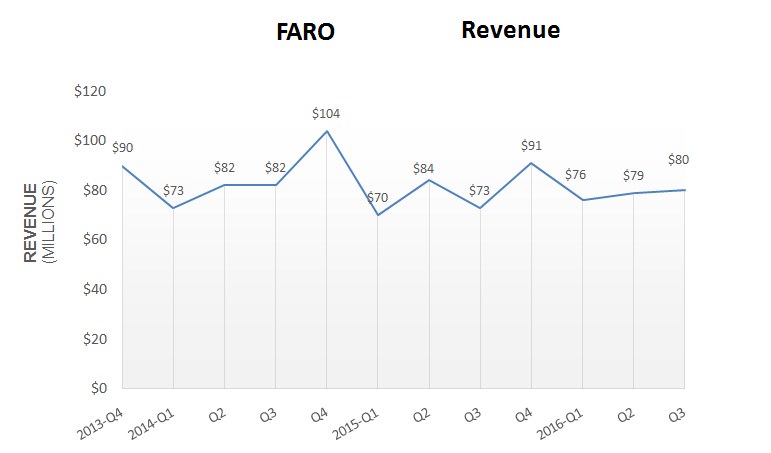 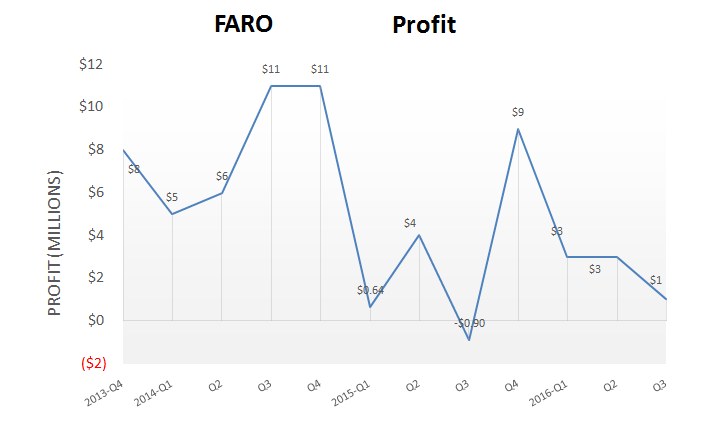 Gross margin was 55.3%, increased by 2.7 percentage points over the comparable prior year period due to higher average selling prices, strong service revenue growth, and the effect of a $7.9 million write-down of inventory in the third quarter of 2015.

Operating income was $9.7 million, up 52.1% compared with $6.4 million in the same prior year period, reflecting higher sales and gross margin offset partly by an increase in operating expenses arising largely from increased staffing, compensation and acquisition expenses.  Operating margin was 4.1% for the first nine months of 2016, compared with 2.8% in the comparable period last year.

Cash flow from operations for the first nine months of 2016 was $28.5 million, up $20.6 million compared with $7.9 million in the prior year period reflecting improved inventory and accounts payable management.  As of September 30, 2016 cash and short-term investments totaled $153.3 million of which $92.5 million was held by foreign subsidiaries.

Gross margin for the quarter was 53.6%, up 5.5 percentage points compared with 48.1% in the prior year period primarily due to a $7.9 million write-down of inventory recorded in the third quarter of 2015, partially offset by lower average selling prices arising from our initiative to reduce aged service and sales demonstration inventory.

FARO is the provider of 3D measurement technology. The company develops and markets computer-aided measurement and imaging devices and software. Technology from FARO permits high-precision 3D measurement, imaging and comparison of parts and complex structures within production and quality assurance processes. The devices are used for inspecting components and assemblies, rapid prototyping, documenting large volume spaces or structures in 3D, surveying and construction, as well as for investigation and reconstruction of accident sites or crime scenes.

More information is available at http://www.faro.com.